I think I last posted before Easter, and as usual I’ve been a busy boy since then.  As well as working on the new gym in the house, I’ve had a ten day trip to Indonesia including a visit to a brand new gas production platform.  The contrast between that and the same client’s 25 year old platform is striking.
I’ve also had a birthday, and tried to keep up with some semblance of a decent training plan whilst I can.


So, to start with the gym first, we used to have a 1.5 car garage attached to the house, in which I had a turbo trainer, indoor rower, weights bench, large workbench, tool storage, wine storage, spare bike storage etc and all the other general crap that tends to go with a garage.  My wife decided that she wanted to turn this into a new room for the house.  She also decided that my gym should move outside to the single detached garage that we have.  The only problem with that is that i) it’s not heated and has poor lighting ii) it’s not a tardis and is already full of garden tools, lawnmowers, pots, compost, chemicals etc.
A veto was duly exercised and I got a part of the garage walled off as a gym, greatly reduced, but enough to have turbo trainer, rower, bike storage, wine storage and, finally give me enough room to fit a pull-up bar on the wall (a focus on running and cycling over the last few years has left my upper body horribly feeble compared with my rugby playing days).  Since I’ve got back from Indonesia I’ve used it once, and that was a pretty favourable impression.  I certainly don’t think that I’ll need to bother with much in the way of heating, even in the coldest parts of the winter as the underfloor insulation combined with the latest double glazing technology seems to be working pretty well.  If anything I’m going to be needing to leave doors and windows open most of the time.


I took a sequence of photos from old exercise space in the full garage through to dedicated gym, but I’ve mislaid some of them, mainly the before’s so here’s just a few. 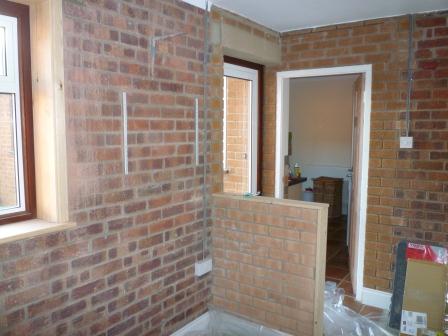 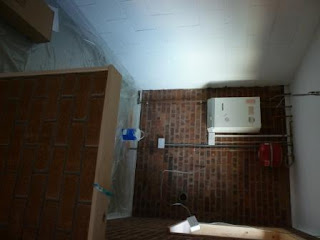 In progress, before the wall in the foreground came down and the wall was painted white, it was a very dark space, even with the window 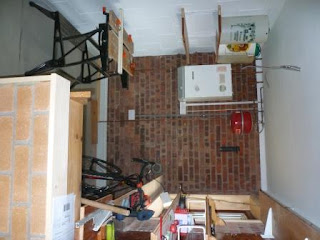 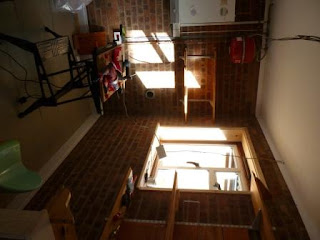 Starting to fit out, the shelves at the end got moved as I’d planned to use the white block-wall for bike storage, but decided that the blocks were too soft to anchor the brackets. 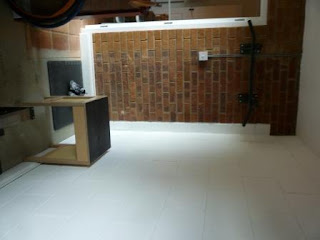 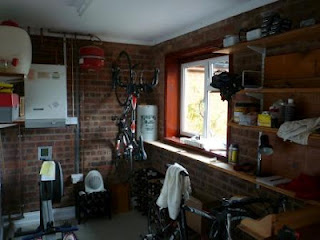 Final gym with wallbar area, and looking the other way, the all-important bike and wine storage.  Rower and turbo trainer in the foreground.  The wall bar is slightly too low and may end up getting moved higher by about 6-8 inches
o, after having a good long run on Easter Sunday, I had the Monday off, and then on the Tuesday flew to Indonesia via Singapore.  As usual the flight took it out of me heading eastwards, and there’s really no way of getting around that .  I tried to manage it this time by taking an earlier flight to arrive in Jakarta around lunchtime.  That then gave me time to have a nap before heading to the gym for a treadmill run and then dinner before an early night.


The problem with this trip is that we arrive in Jakarta one day, jetlagged and then have to get up at 04:30 the next morning to take a 3-hour turboprop flight to a place called Matak, on the Anambas Islands and then wait around there again before taking another chopper flight out to the platform.  Overall that first day is brutal.  This time we had the added logistical requirement to visit three installations, and FPSO and its older linked platform, and then the newly installed platform about 6 months old.
Over the ten days I was there I managed to get in six treadmill runs and a yoga session, not bad really considering I also had a job to do. Unfortunately the garmin threw a bit of a wobbly and failed to record two of the sessions, but I managed to log the details anyway from memory.


The exciting thing from these is that of the six treadmill runs, three of them showed some real progress in pace vs HR level. Given the environmental conditions of humidity and higher temp than I’m used to I’m very pleased with that.  Now you can argue that this is due to the ease of running on the treadmill, or due to a screwy foot pod (I never rely on a treadmill for speed/distance) but I would counter with
1) I set a slope on the treadmill to make it more realistic
2) A previous calibration of the footpod suggested that it was accurate to about 1 or 2% (needs rechecking)
3) I’ve run a similar distance (using gps for distance) since getting back, in windy conditions and seen a similar improvement


Since I got back I’ve also had a great long run of 38km in 3:39, very calm and relaxed. Still trying to work out the best hydration and nutrition strategy, and on this occasion I probably got the hydration part of it a bit wrong, thinking that as it was a cool day I could get away with less.  That was probably true, but not to the extent that I did, and it showed in dark urine for the rest of the day even though I was drinking well after I got back.
I almost forgot, it was my birthday while I was away. On the day itself I was busy working away with my colleague in the hotel bar over dinner and a martini and went back up to my room around 10:30, wandered around my room for a bit, went back into the sitting room (very plush hotel, with very nice rooms) and found a cake sat on the desk that they’d left while I was at dinner.  It was very nice as well, but far too large for me, so I had a slice and had the rest boxed up to take into the clients offices the next day to share with their HSE team. 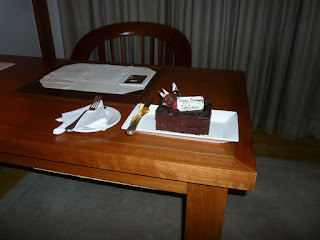 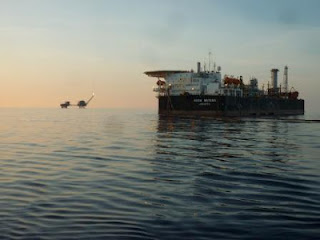 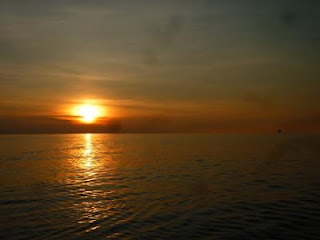 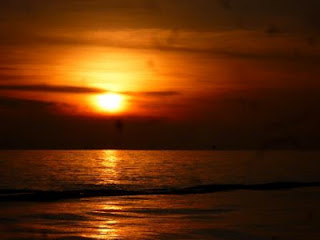 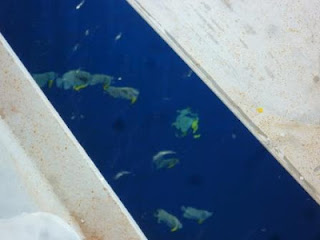 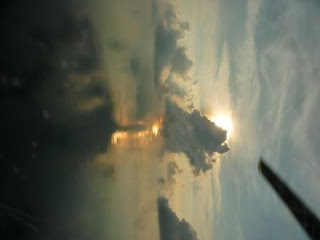 The other cool thing that happened this month was a free pair of shoes!
While I was looking for what was eventually purchased as the New Balance Trail zero drop, I also came across Altra on the web and really liked the look of them.  Only one drawback, I couldn’t find them anywhere in the UK, and e-mails to the company went unanswered.  I was happily surprised therefore when a fellow forumite from New York sent me a message saying he would try and get me a pair through his contacts as a buyer for a sports store.  I was on tenterhooks hoping they’d get to me before I went away, but no luck.  So my new pair of Altra Samsons finally arrived on Tuesday of this week and my first impressions are very favourable.


They look good, even good enough to wear as a casual shoe with a pair of jeans.  They appear to have some very similar construction characteristics to the New Balance Minimus Trail with a very lightweight mesh and minimal stitching with use of some welded construction.  The soles look good, the rubber feels robust enough and while the tread is not going to handle any heavy off-road terrain, they look well suited to the road and light trail use in mainly dry conditions.  They also feel extremely comfortable with the 3mm insole in them, definitely wide enough across the toes.
The only misgiving I have on first trying them on is the laceholes.  They stretched a bit, and I’m wondering whether they could have done with a bit more reinforcement. There is also a little roughness to the finish where the sole is sealed to the upper with a few loose fibres, but I’m not expecting that to be any kind of issue.  First impressions on running are very favourable.  Light and comfy, and very grippy on tarmac even in the wet weather we are having at the moment.  Not waterproof, but then I wouldn’t expect it, and they are no less waterproof than any of my other minimalist shoes.  I think both these and the NB minimus are showing the age of my Trail Gloves at the moment, which is not to say that I have anything against the trail gloves, they are just showing the 500+ miles that I’ve put into them.  I’m also thinking of late that my feet may have changed shape over the last year or so as I’m finding the fit off the trail gloves a bit less comfortable than I used to.


Anyway, I digress, so back to the main theme.  After two runs of 12 and 11km, one very wet, the other damp, the soles are showing absolutely no wear at all and the silver/grey is not yet showing any dirt (though that will come, I’m sure).  In use, the one thing that really stands out other than the comfort is the heel-claw thingy, which really provides a snug but unobtrusive security around the heel.  I’ve only tried them in socks and with the insole so far as that’s how I’ll probably use them in the Grim Reaper, but I’ll also try them out with no socks and no insoles as time goes.
I can definitely see these as being a go-to shoe for road work and light trails. 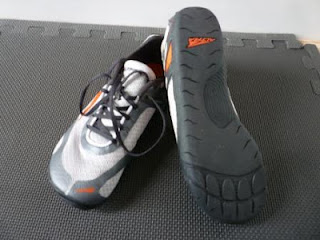 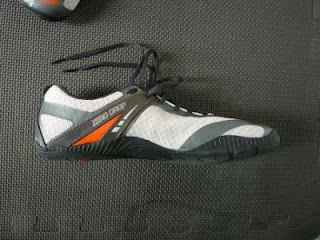 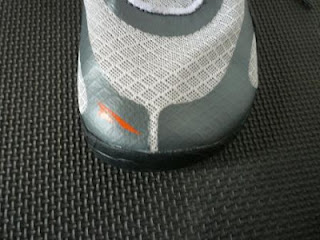 Why do my photos keep inserting rotated through 90 degrees? They are not that way on my hard drive.  Anyone help?
Posted by The Athletic Diabetic at 10:20