Normally I don't get a chance to see much when I go to places, but in June I had a trip to Sydney and Christchurch, two days in each plus the chance to stay over a weekend with my cousin who emigrated to christchurch about 8 years ago.

The original plan was fly Friday to Sydney, arrive SUnday, work Mon/Tues, fly to Christchurch Weds, work Thurs/Fri fly home Mon, arrive LHR Tues.  Ten days, two of which would be spent in an aeroplane, in economy class.  Call me spoilt, but for long haul, I really hate economy class!

However, Sydney's client screwed up and forgot about a public holiday on Monday, so I ended up with a day spare in Sydney but the hassle of working on Wednesday and then taking a three hour flight to Christchurch plus two hours time difference, arriving at the hotel after midnight.

June in Sydney and Christchurch is very definitely winter.  In Sydney, it was raining on the Sunday when I arrived stopped briefly while I went for a run with a fellow minimalist runner, Adam and then did not stop again for two days, not the best weather for a spot of tourism.  I'd had it all planned out to get a day pass on the public transport system and go down to the harbour area, pop over to Manly for lunch on the beach, back to Darling Harbour and then back around the city centre botanic gardens.

The reality was; look out of the hotel room window, see the rain and get a bit of work done; head down to the town centre and do a bit of sales shopping (in the dry) including replacing the waterproof coat I took with me, but turned out to be leaking; have some lunch; wander about and get wet; visit a couple of museums (indoor); get wetter; go back to the hotel and finish some more work.

Did manage to get a few photos though. 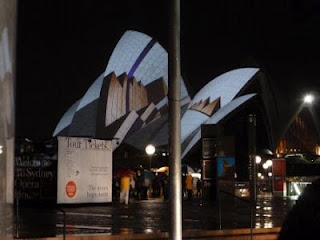 Went down to the harbour for dinner on Sunday, there was a light show with laser projection on the Opera House﻿ 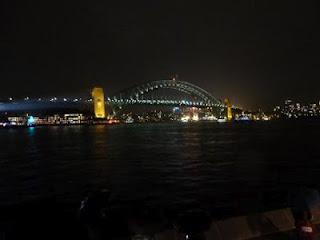 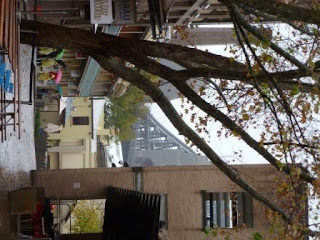 Another view of the Bridge from the Rocks area, one of the original settlements
blogsite keeps turning the photo round! 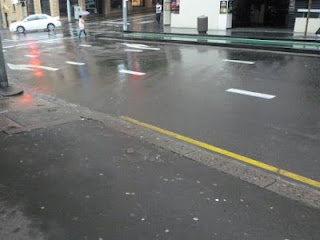 Just to give an idea of the rain, it was running down the streets 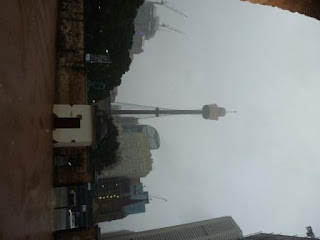 Another turned round shot of Sydneys tower in the low clouds

Christchurch by comparison was dry, but much colder, similar in fact to a UK winter, cold but not too cold with typical temperatures around freezing but not normally much below that.  Both with the two days work and acting the tourist with my cousin the one thing that you just can't get over is how much damage those three big earthquakes caused.  When you consider that the first big one was in Feb 2011, there is still a huge amount of devastation with buildings still being pulled down in the city centre, 6000 homes that need to be abandoned and rebuilt elsewhere and large parts of the city deemed unfit for building.  My cousin was telling me some very interesting stuff about the work he does for an NGO in disaster resilience, all around building mental wellness in the population as part of the recovery process.

He lives in an older house (100 years, that's old for NZ) which being made of wood flexed a bit and took some damage, but is still liveable.  Lots of others are in the same boat as him, but even those houses will need to be moved out of, and repaired eventually. 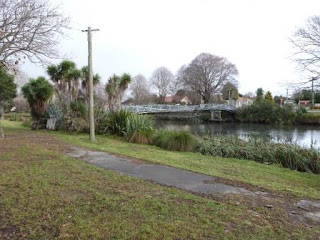 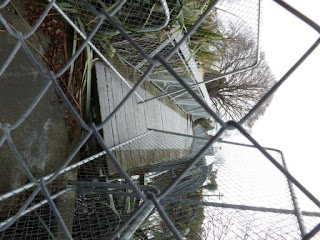 This bridge was simply twisted by the quake, one bank of the river dropped by about 2m.  Most of the road bridges have had to be built up on one side to compensate 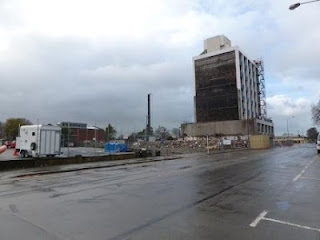 This is typical of the city centre now, lots of gaps.  My cousin's office was the other side of the remaining building 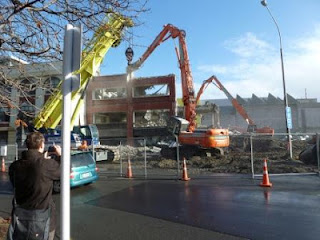 Some stuff is still being pulled down 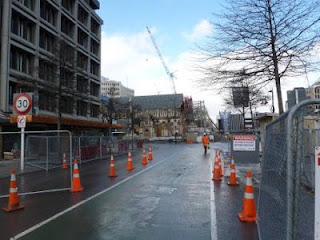 There are still almost daily earthquakes, mainly small at less than 3 on the richter scale, a few 4 plus.  There's still a lot of uncertaitny in some areas such as out on the coast where they have roads closed and narrowed off with shipping containers against further rock falls. 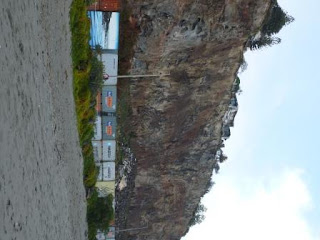 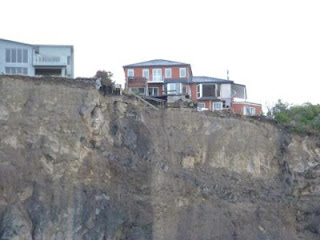 Sorry, photos on their sides again.  Soem houses had very narrow escapes, but are now unliveable and at risk of further rock falls 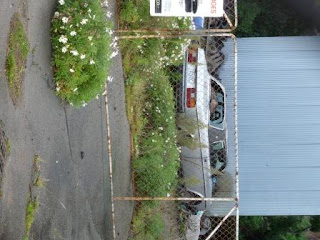 A rare Volvo 262, with right hand drive, in good nick in the UK, this would go for about £15k+
Shame about the rocks.

One of the things that has started, and my cousin is involved in is soemthing called Gap Filling, where people do something with the vacant space where buildings have come down; art work, gardens, pop-up bars or shops etc 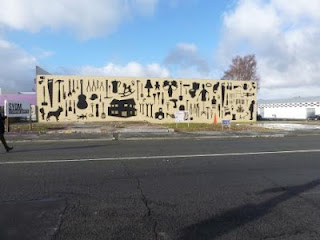 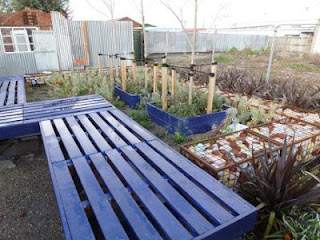 ﻿
I did manage to get my botanic garden visit in though, in Christchurc.  Had intended going to the main museum, but that was closed pending repairs. 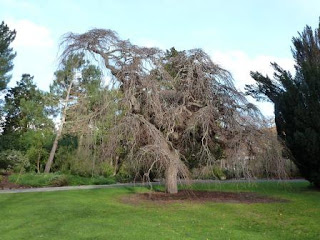 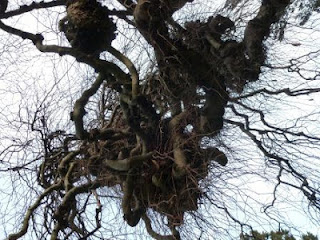 They had some great trees including this twisted elm, perfect for bonsai.
And the obligatory holiday snaps 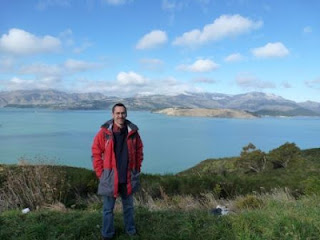 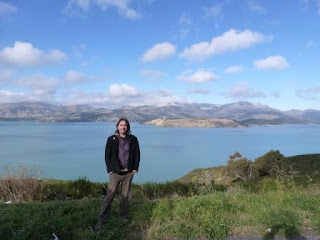 Me, top and cousin Steve, bottom
Posted by The Athletic Diabetic at 20:23