Come On Pancreas, Get your Act Together

I knew it was optimistic to say I was going to guarantee writing 500 words a week. The problem was never going to be the word count, just making the time to be able to write. This is one of the busiest times of the year for me (aren’t they all), but also has the added pressure of a deadline that is government imposed and has no negotiation.  The overall effect of that is that this last week I’ve been working at the weekend and then waking at 5am to get a bit of work done before breakfast followed by more work after dinner.  Luckily I’ve been away so I can do that without disturbing anyone else.  Only another 4 weeks of it to go, and then I intend taking a few easy days before it all starts again.
Last week I was lucky enough to be in a new place to run.  I had a short trip to the Shetlands, which involved a very long day of travel to get up there but with the reward of some spectacular scenery and a very nice old farmhouse just outside Brae converted into a hotel. For context, the population of the Shetlands is about 23,000, Ely (a small market town/city in the Fens) is about 20,000.  The general feel of the Islands is not one of Britain, but much more Scandinavian, with Britain referred to as the South Island and their own largest island referred to as Mainland.  Historically, the Shetlands were Scandinavian in fact as well as feel, only becoming part of Scotland in 15th century due to being pledged in dowry by a Norwegian king when his daughter married James III. 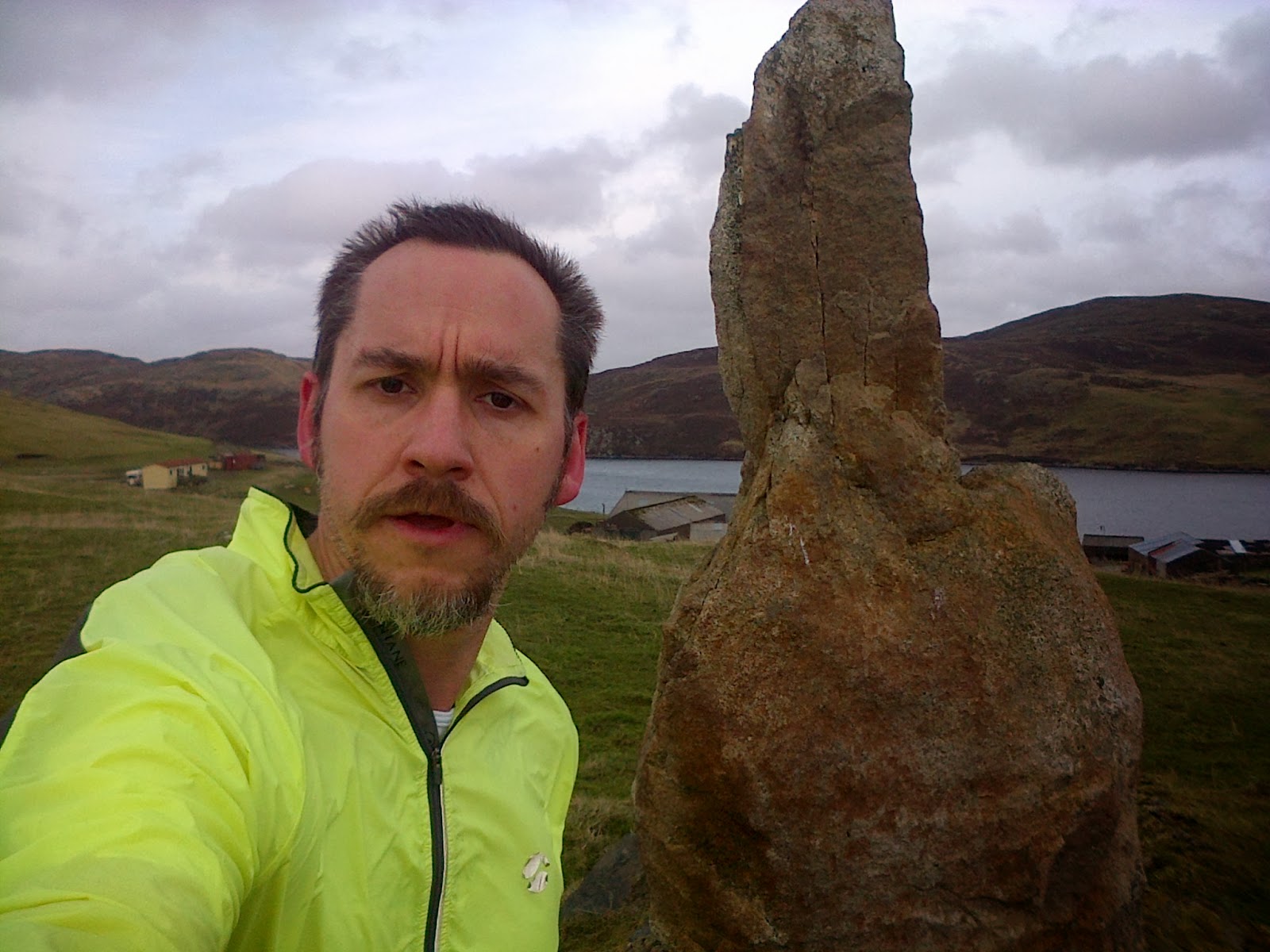 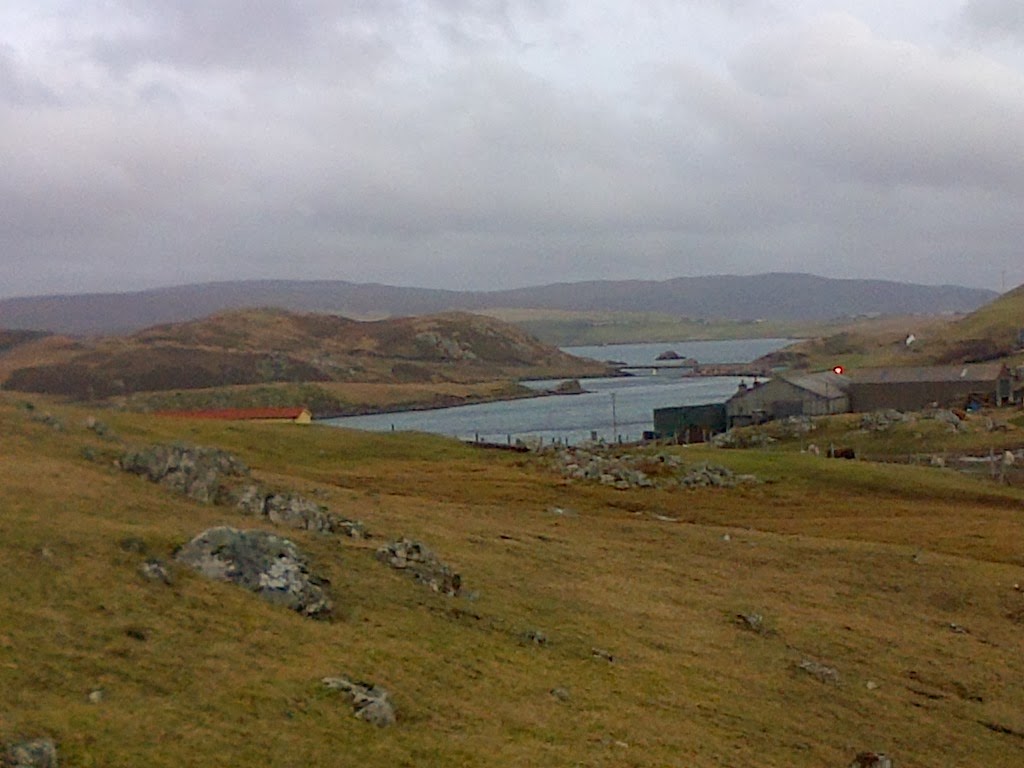 Looking a bit windswept at the top there.  My hotel is across the bridge and over the hill
The downside of being effectively perched in the North Atlantic just when a major low pressure happened to be passing was pretty obvious, not raining, but bloody windy.  The islands are lumpy, but not that tall, meaning that when it blow, there’s not a lot of shelter.  From a running point of view that makes it pretty challenging with a constant up and down on short sharp hills and turning in and out of the wind which makes it very hard to get a rhythm going.  Still I got a few good pics of the area and me.  But it was nice to run in a different place just to say I’ve been there.  I got to run in the hills around Brae and then a night run around the capital Lerwick where I easily burned off a trio of young Lerwick Rugby club lads, just cruising past at HR 148 and about 4:45/km.  Either they were very unfit, or not trying at all.
I’ve also included a few cool pics of Sumburgh airport runway, jutting out into the sea; to get there you need to take a road that goes right across the end of the runway. 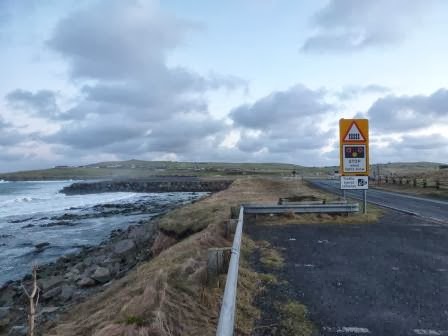 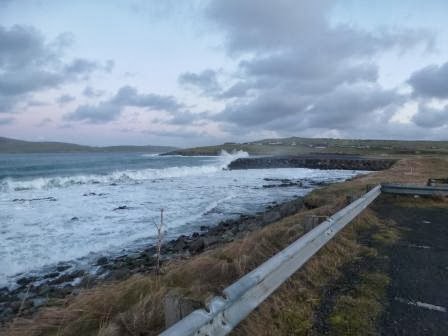 I’ve now started into the long run progression leading up to my next race.  It’s three months away, but starting at 10miles/16km now, and adding 10% a week, every fourth week being  a cutback week gives me just the right progression for a 23 miler in 12 weeks and then carries on to the 40 miler in August.  Oddly enough, completely at random, I’ve also given myself my birthday off (just a short run).  The speedwork starts at the beginning of April, focussing on long intervals and tempo runs.
This isn’t about the diabetes, but it is what I’m living with.  Overall it’s still going reasonably well apart from the odd occasion where my honeymoon status or my relative inexperience make themselves felt.
Take last weekend for example, in preparation for the long run, I cut my morning bolus back by one third (bolus left the same as I wasn’t running that close to breakfast).  Now with anyone else that would result in a very high BG level until starting the run, and that’s what’s happened to me as well.  But Sunday? No, my BG actually fell and the same thing happened all three meals on Sunday – obviously an extra spurt from the Pancreas.  And then on Monday?  Well after a normal reasonable breakfast, I was on the way up to Aberdeen, grabbing lunch at the airport, quick look on the website tells me 48g carbs for my ham and cheese baguette, OK, 3 units then, starting from 5.4 should be no problem should it?  Well at +2 hours that was 10.1, way too high.  Obviously I need to stay away from the white baguette from now on, but what to do about it?  Go for a quick run.
This week I’ll be getting up to about 50km and it should be going up from here, there’s a big temptation to run again and again while it feels good, but you need to keep an eye on the bigger picture; experience has told me that you can’t go from 30km a week to 80-100km a week in one step unless you want injuries.
Posted by The Athletic Diabetic at 08:10