It's been a very busy ten days since I last posted, with two weekends and a week offshore inbetween and much happening in those.

An offshore trip is always busy with a lot to cram into a short time, bookended by the chopper flights which themselves are a challenge.  Last week was no different with a flight up to Aberdeen on Monday morning, soem time in the client's office then out to the installation in the afternoon, three days on the platform and drill rig, then back onshore Thursday evening and into the offices again on Friday before heading home in the evening.

Depending where you are, you may or may not know that last Monday it was blowing a howling gale here in the UK, and particularly windy in Scotland.  It seems to have been a very windy autumn so far as evidenced by the amount of time I've spent on the turbo trainer vs out on the roads on the bike.    Anyway, Monday was probably the worst chopper flight I've been on with rain lashing the windows for much of the way and several pretty big lurches downwards.  There were a few hairy arsed drillers looking a bit worried.  When we landed the pilot gave us a pretty serious warning which was really superfluous when you saw the helideck crew struggling to unload the baggage.  He told us the wind was at 50 knots, about 55mph.  I'm glad I had two bags to weigh me down.

The sites (both platform and rig) were both pretty good, but I got into soem very useful stuff to report back to the client on the Friday.  No really good photos unless you're interested in drains, drums, bunding and locked open/closed systems. This is where I was (though not with the same drilling rig.  The flotel pictured here was also not present) 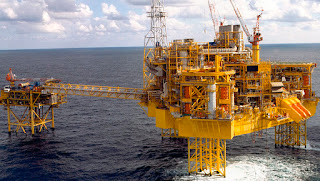 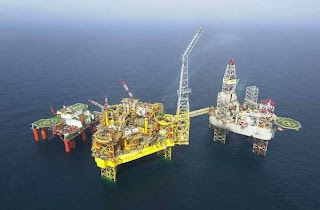 So amongst that I've still been managing to keep up with a bit of training, to the extent that I can.  I've managed two bike turbo trainer sessions (too windy both days to get out around the fens), three runs, two on the treadmill offshore one trail run, and one session on the indoor rower.

I've been mostly sticking to the Maffetone heart rate cap still, apart from a few wobblies on the trace that I think are actually blips in the trace rather than anything else as the HR varies by 20BPM or more in a few seconds, which doesn't seem reasonable, in the first minute or so and then settling down for the rest of the session.

This was done in huaraches, which worked very well on the trails.  I was expecting a bot of muddiness, but it was ctually quite the opposite with very dry dusty conditions in some parts.  You can see that I'm still struggling with the HR on the trails, but in much better control on the roads.

Thursday lost out with the flight back, and then on Friday morning without any long sleeved shirts and no warterproof (the decision to come back onshore Thursday was a variation to the plan midweek) and a lot of wind and rain, I stayed in bed for an hour instead.

Saturday and Sunday were interesting.

Saturday was an indoor rowing session and my first foray into anaerobic stuff since early September.  It was my effort for my virtual indoor rowing team for our inter-team monthly challenge.  This month was a 500m sprint.  Erging is one of those things where to be good at it, you really need to be doing lots of it consistently and I haven't, so I wasn't really expecting much, and I was thinking that I had one good shot based on a decent underlying fitness, but not much erg-specific training.

Plan was warm up - then 500m's alternating hard/easy - cool down.

My PB for this distance is about 5 secs quicker, so you can see I'm a way off, the only thing that saved me was underlying fitness and ability to get the stroke rate up.

Sunday's bike hour on the turbo was being used as a MAF test to check progress. Turned out pretty well, using the same protocol as last time.  Ten min warm up - check calibration - 35 mins with 7 minute laps, recording HR each time, then a ten min cool down.

So HR a touch higher by 1 or 2 BPM, for about 10-15 Watts.  I'm taking that as a positive improvement and encouraging signs to carry on with this Maffetone method.
Posted by The Athletic Diabetic at 00:00