So here she is, in the workstand, wheels on, cranks on (even if only temporary) and starting to look like a bike 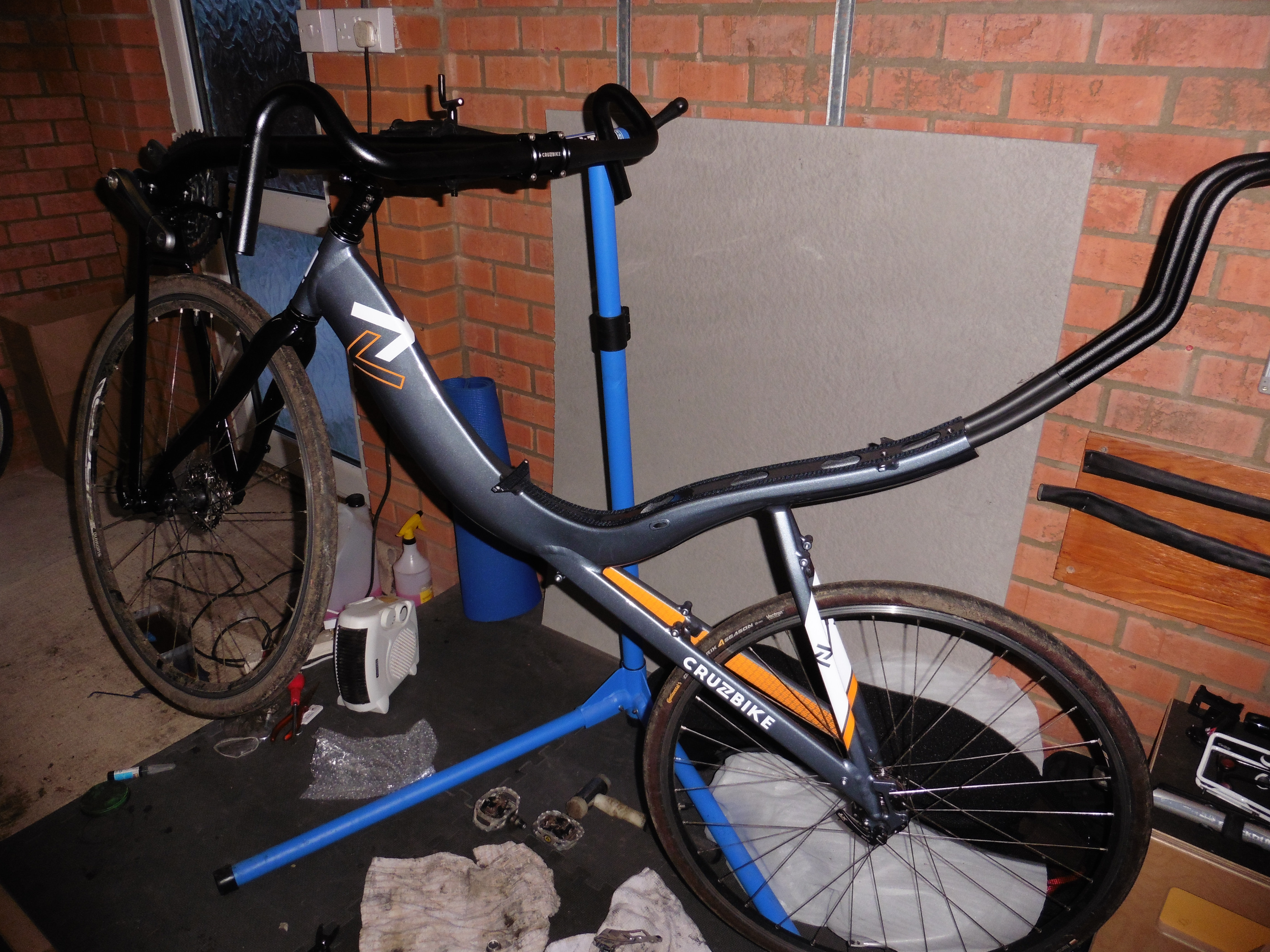 I took it off there and onto an X-Tools display stand to give a bit more room walking around it without losing too much stability. Note the fan heater on the floor, it was about 1.5C in there at that point, snow that I'd tracked in the day before was still frozen. It had got up to about 3.5C by the time I left about 90 mins later. I was wearing three jumpers and two pairs of merino wool socks

Next steps, pedals, seatback. I only have 4 small nyloc nuts and bolts in my pack, I'm assuming they are for attaching the seat, rather than bottle cages. Seat was temporarily fitted to get an idea whether I need to cut the boom or not. I assmed the holes in the wings are the mounting points. I like the CF seat here, but much prefer the mounting for the M5 seat with threaded holes in the wings and countersunk bolts with a combination of rubber and steel washers to spread the load - perhaps next iteration on the Cruzbike? 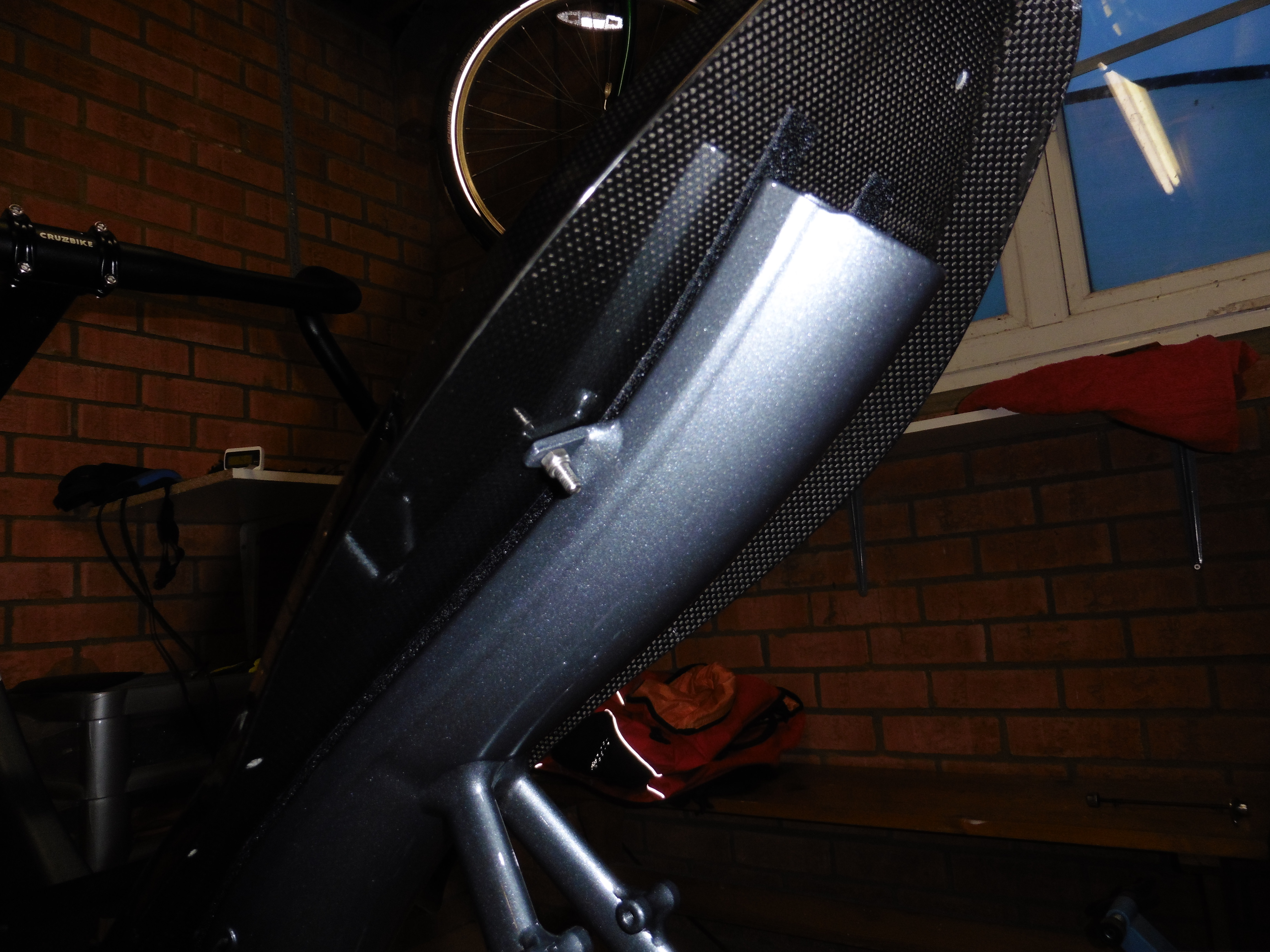 Good news is that I don't think I'll need to cut the boom, I think I can get a relaxed elbow position with the boom around the 3-4 mark, so I've nipped up the pivot clamp on the slider to get a position to work from later.

Next, install brakes, brake levers, bar end shifters. I have a pair of long-drop 521 brakes, front fits no problem, but the rear needs another look at. At the moment it seems that it might foul the tyre - can't see why as the front has the same drop and the brakes are a pair. The rear also seems to have developed some stiffness which I want to take a look at. 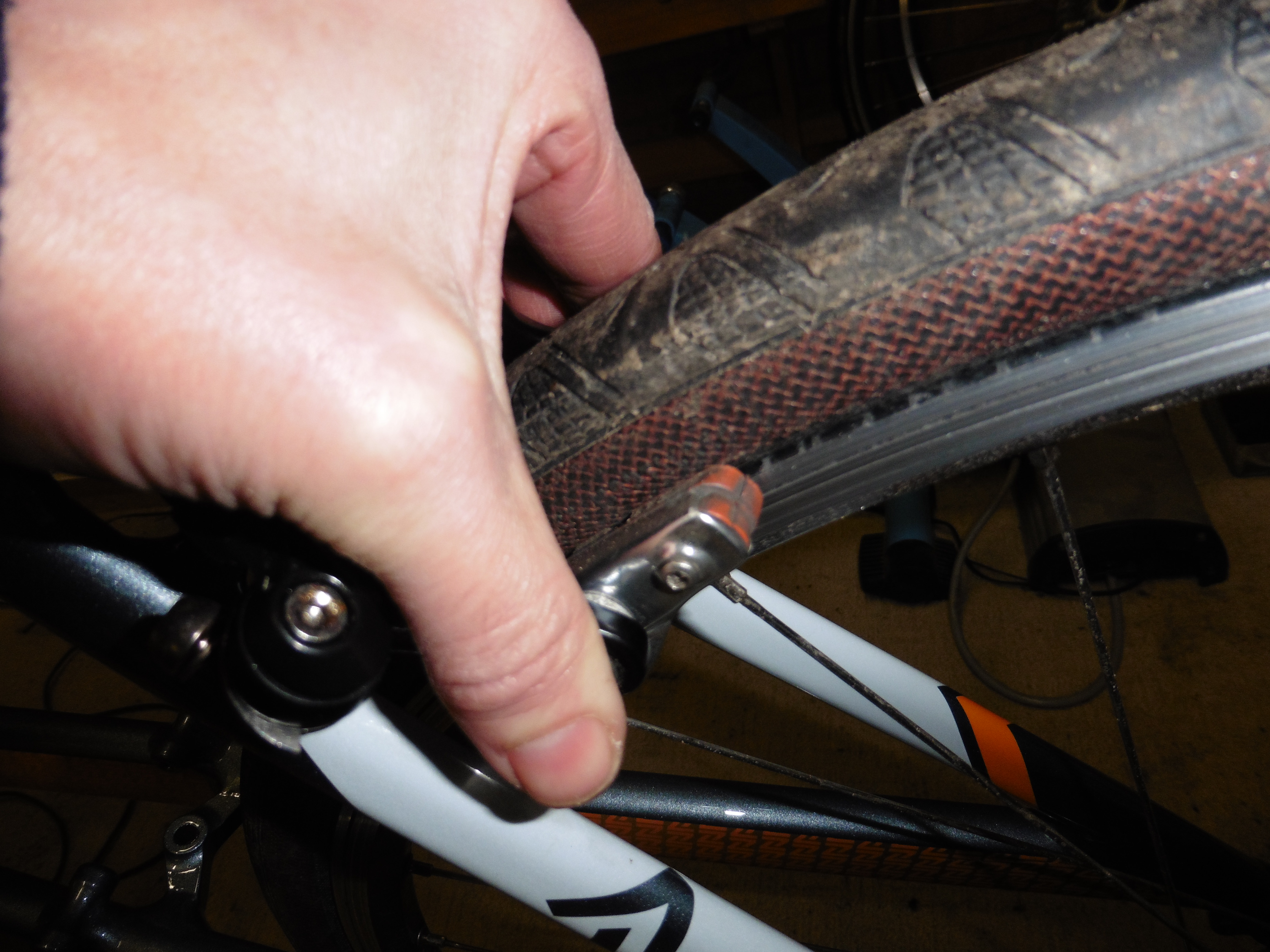 Bar-end shifters mounted no problem. Couldn't use the torque wrench though as they are a backwards thread to tighten into the inside of the bar. Ended up over torquing and then using the torque wrench to undo, feeling the crack and then a smidge of movement to set the torque. Brake levers mounted easily enough as well. They will eventually be paired with an orange bar tape to match the frame highlights as well. 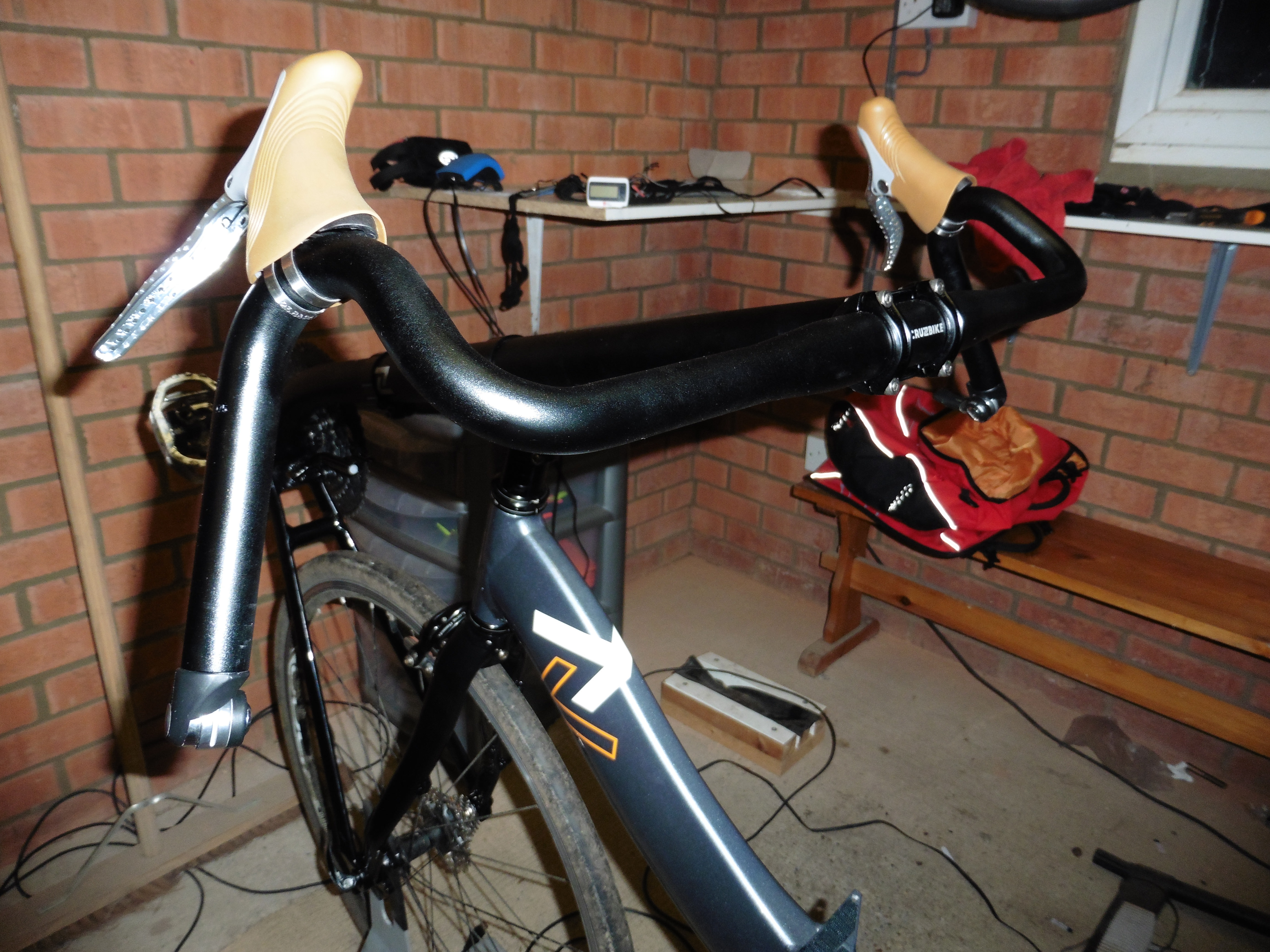 So far this is all going easier than the M5, bu then that was my first build and I chose a recumbent to do it.

Tomorrow, hopefully front and rear mechs. I'll wait for cabling until I have the BB/cranks properly installed.  Seat position is great by the way
Posted by The Athletic Diabetic at 14:20